The announcements in the margins of the editions continue Hanawith three additional titles coming out in the coming months.

A story completed in one volume, drawn in Japan in 2018 by Mochino Kome (of which this is the first French publication) under the name Ore no Oniku-chan, on behalf of the Gateau magazine of the Ichijinsha editions.

Revenge is a dish that should be served cold! Kô has it in her throat … Diet, sport, beauty … she will make you change your mind. Chiaki can only succumb! 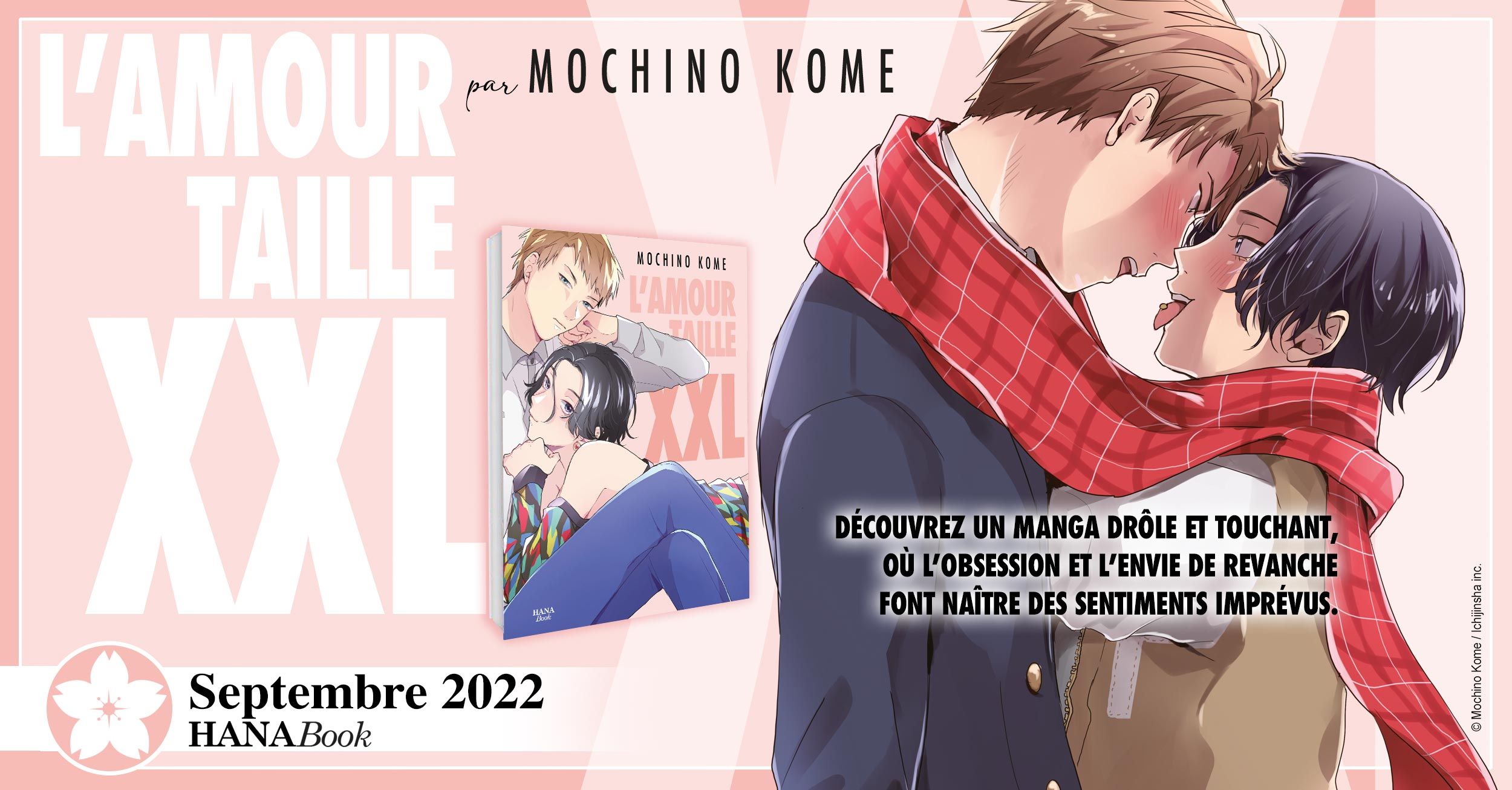 Kō Ryūgasaki is an overweight high school student. Due to his bad temper and his arrogance, all his classmates hate him, except one of him: Chiaki Hiiragi, the president of the high school plastic arts club. It doesn’t take long for Kō to fall in love with him, but when Chiaki, one year older than her, leaves high school, she inflicts terrible love revenge on her. Humiliated, Kô decides to go on a crash diet. Physically transformed, he manages to enter the same university as Chiaki, determined to show him that he shouldn’t have missed the opportunity … Unfortunately for him, Chiaki has already dropped out of college. One day, completely by chance, Kô finds Chiaki. But it turns out to be more difficult than expected to seduce him: against all odds, Chiaki is only attracted to overweight people!

My neighbor the metalhead, with its original name Tonari no metaller-san, was pre-published in 2019-2020 in Tokuma Shoten’s Chara magazine and will be the first French publication of Mamita. The work was noted at the Chil-Chil BL Award 2020, finishing 8th in the “New Comer” category.

Sôshi is not very comfortable in society but he is gentle as a lamb … despite appearances! Prudence is the mother of safety and Kento will be the first witness. The publisher promises a hot story. 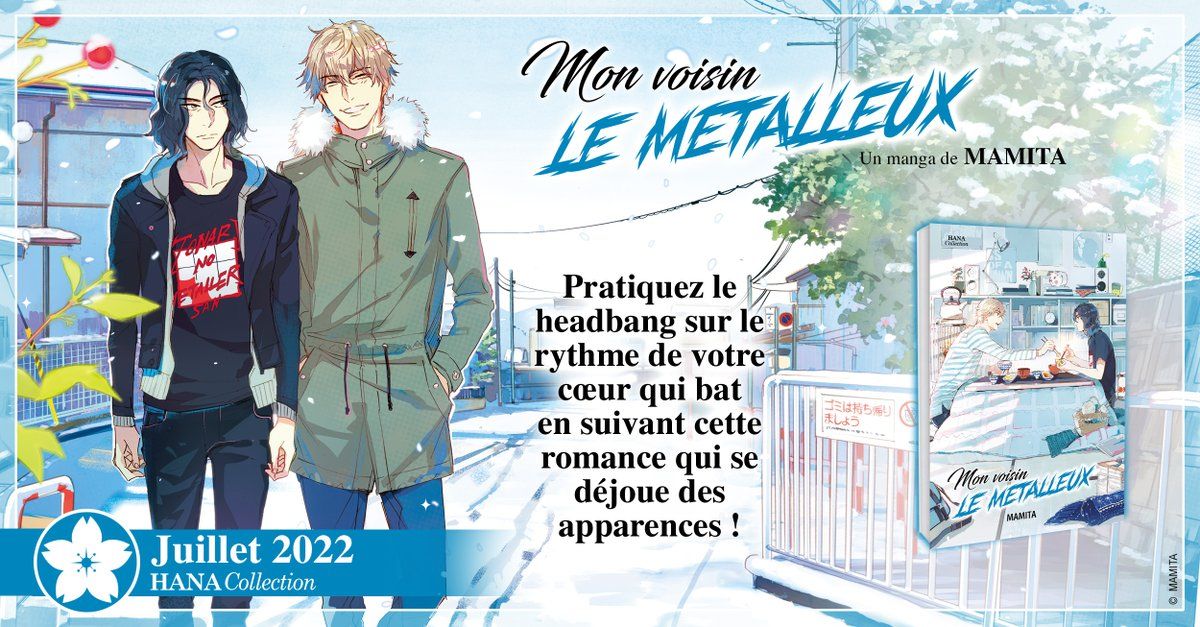 Kento, a student of a broke master, was about to freeze to death at home when he was rescued by Sōshi, his neighbor. This, taciturn, is dressed all in black and seems inaccessible. But Kento can’t resist that look hidden behind those black locks, which seems to be begging for something. Sōshi starts cooking him small dishes every day, without suspecting that Kento is gay and that he tries to stifle his growing feelings!

After the manga My turn to cry and Memento Scarlet, the mangaka Keri Kusabi will return to the publisher with this one-shot, initially pre-published in Japan in 2017-2018 in the Gateau d’Ichijinsha magazine.

What’s better than a little dip in the world of fashion, however cruel and sexy it is? 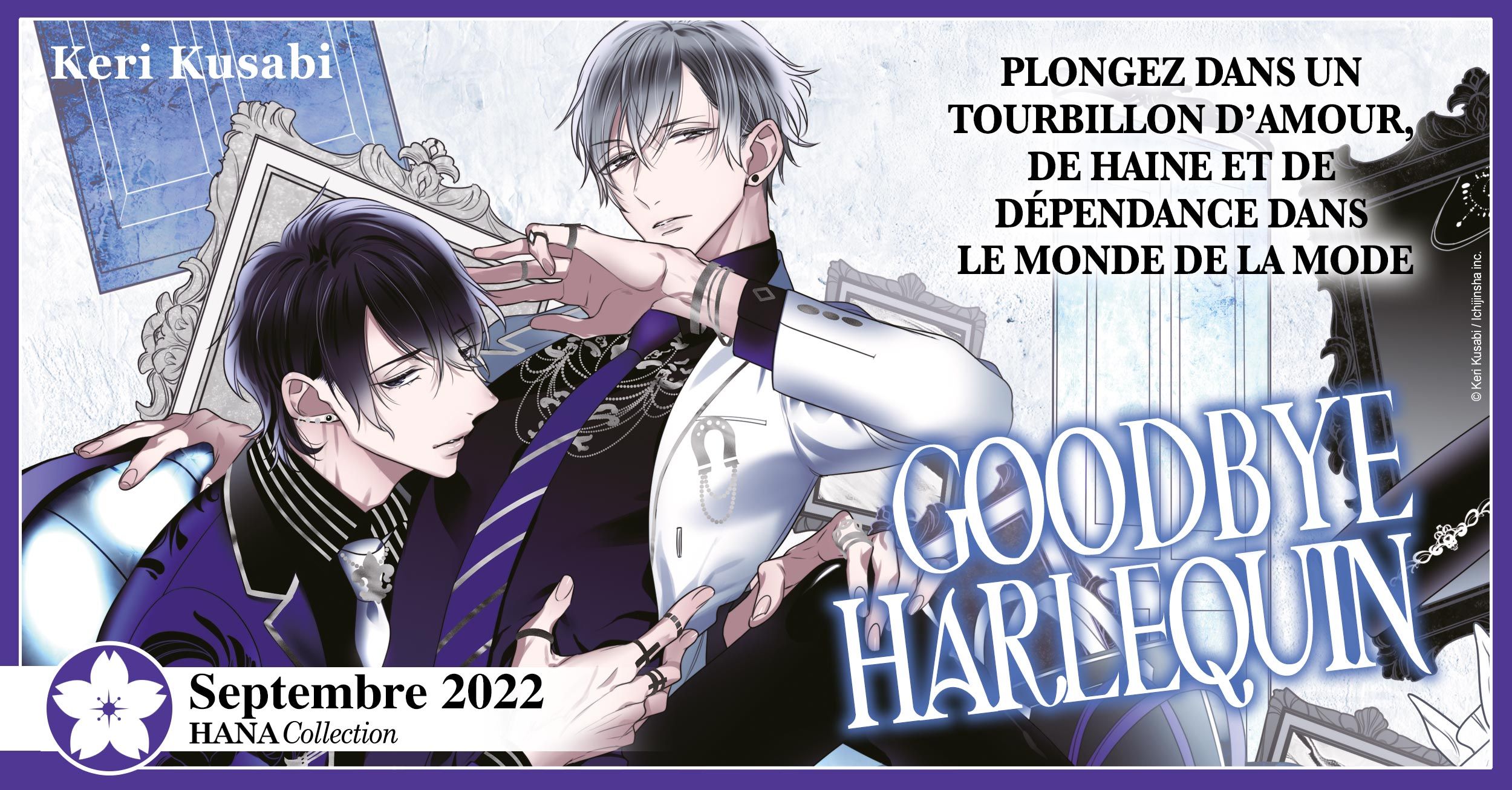 The popular Eichi Shimizu model becomes the male face of the emerging Gallant Quartz brand. But he soon realizes that he has actually been recommended by a former classmate, Akino Kubo, with whom he had had sex.