Nobody has forgotten Ron Den Elzen, the charismatic Dutch boss of the Chez Léonie bar-restaurant, who has put a lot of fun and good humor into his business. At the end of August 2021 he put an end to his activity and to the management lease, as a result of a large deficit (due to the Covid-19 epidemic) and a certain fatigue. Finally, the municipality, owner of the walls and of the license IV, will have taken only a few months to find him a successor.

A prepackaged menu for lunch and dinner

And it is the file of Marc Sergent, 30, that has been chosen. New project and new name, Le Faitout, will open its doors on Friday 27 May at 9:00 am. On 80 m² on the ground floor, there is a multiservice space, groceries with basic necessities (nutrition and hygiene), local products (honey, cold cuts, cheeses …).

It was the country’s desire, a way to satisfy the needs of second homes and passing tourists. The restaurant and bar will remain the heart of the business with traditional catering. In addition to the menu, a menu will be prepared for lunch and dinner (€ 14.50) with first course, appetizer and dessert. 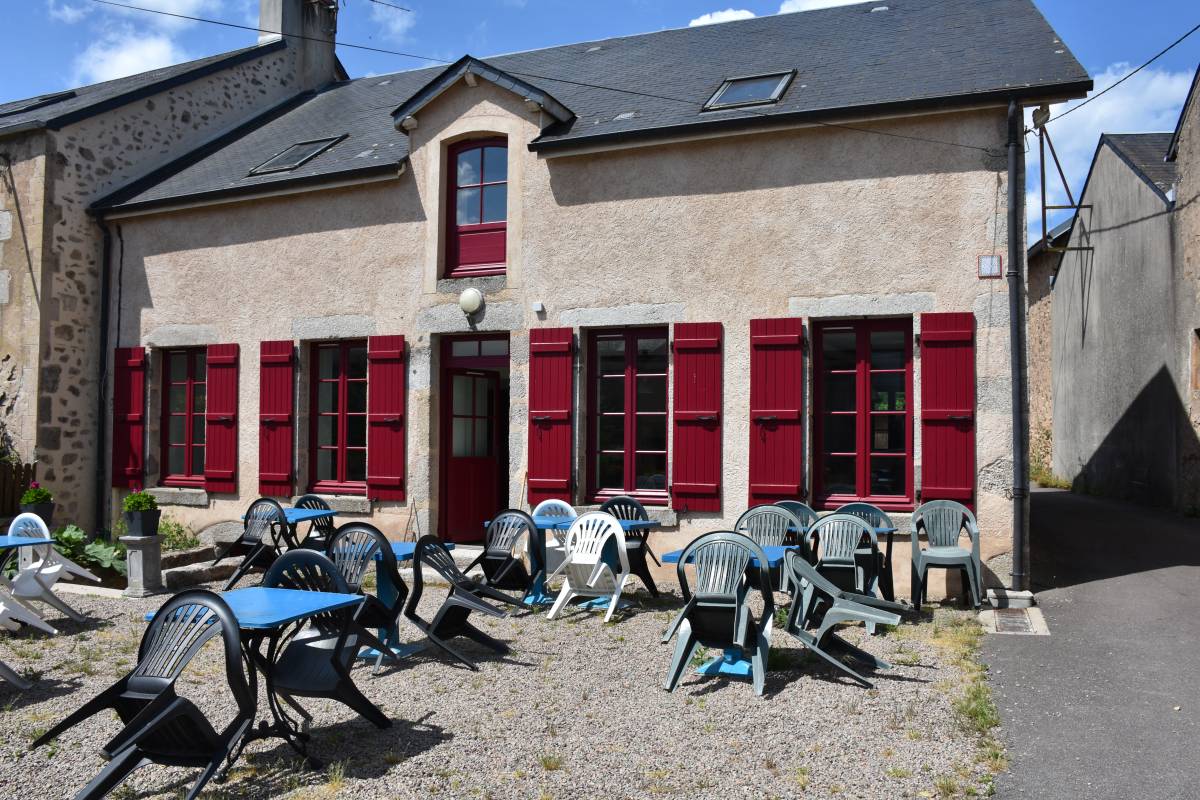 The facade shows beautiful red shutters waiting for the new equipment on the terrace.

For two days in a row, two different daily specials will be offered. “I will change a dish every day and a working menu will also be available”, specifies the boss. The menu will also feature a traditional Morvan dish: “Saupiquet of Morvandiau ham, grated or mushrooms”, lists the chef, who shows some years of experience behind the stove.

“I positioned myself fairly quickly for the restaurant takeover. After my studies (hotel room and BTS management) I worked for five years in catering in Paris, in bistros and gourmet restaurants. I arrived in Mhère in 2018 where I have a family. In 2019 I started working until March as a cook at the school canteen in Gâcogne. “

With the support of his partner

To carry out his project, Marc Sergent has put together a complete dossier, with a business plan, appointments with suppliers, accountants and insurance companies. He was able to benefit from a bank loan (25,000 euros), an honorary solidarity loan from the active France of Burgundy (8,000 euros) and a subsidy from the Agefiph, much needed to renovate the kitchen equipment.

The city hall financed the works to adapt and beautify the interiors and facades, and the electricity in the kitchen. Marc confirms that he always wanted to create his own restaurant, to have his own business. “And all the more so since it is in Mhère, a city where I live and which I love”.

Thanks to a low fee (300 euros excluding taxes), he was able to set himself a sustainable long-term goal: an average of seven covers per regularized meal over the course of the year. Another positive point: the support of his partner, Mélanie Potier, 28, who will help him get started. “My partner will make me a part-time contract, ten to twelve hours from the start. I will work with him until the end of the summer, up to and including August ”, explains the young woman, originally from Mhère.

At the beginning of the school year in September, the latter, from service to the person (in retirement homes and schools), intends to resume employment in this sector. A job she loves: “I was a college teacher and educational assistant. And I just specialized to become Atsem. Her partner should then enlist the services of an apprentice she will train. There is no shortage of projects including a parcel relay. The terrace will be expanded with new chairs, tables and umbrellas. And the upstairs apartment will soon turn into an 80 m2 house (during the summer) …

Practice. The bar-restaurant will be open for lunch and dinner, from 9 am, on Friday, Saturday, Sunday and Monday (with a break during the day). Tuesday, lunch time only. It will be closed on Wednesday and Thursday.