An unpublished painting attributed to Jan II Brueghel flew to Dijon for 600,000 euros. It was rediscovered last January in the apartment of a family in Dijon.

The masterpieces do not populate only the museums. See this unpublished painting by Jan II Brueghel (1564-1636), known as Le Jeune, found in an apartment during a property inventory. Bird catching winter landscape slept in a family home in Dijon. Estimated between 300,000 and 500,000 euros, the work was finally awarded this Sunday at the auction by Sadde, in Dijon, with 600,000 euros. This is the fourth work of the artist sold this year.

It all starts with the intuition of an auctioneer, Guilhem Sadde, who was asked to evaluate the furniture and antiques of an apartment, as part of a real estate inventory. As he was examining the house’s possessions, the artwork caught his attention. ” I was surprised to find this painting in this environment, so to avoid missing out on anything that might be exceptional, we left this painting in Paris for expertise. said the auctioneer Christophe Sadde. Stéphane Pinta, painting expert for the Turquin cabinet, confirmed the authenticity of the work: ” This is a very rare exceptional piece “, He declared, before underlining the excellent condition of the painting and the high technical quality shown by the Flemish painter. 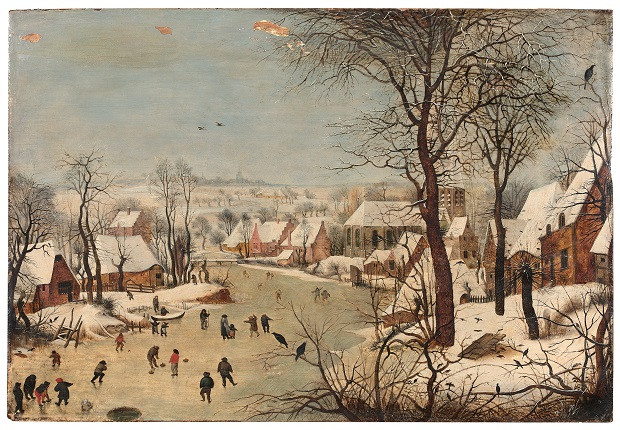 Although the painting had remained in the apartment for several decades, its owners were unaware of its value. For now it is difficult to trace the history of the painting: ” The owners think they have had it for three generations, but there is no record, no note on the painting in their archives. “Said Christophe Sadde.

The work is an eponymous version of the work of the artist Brueghel the Elder’s father, a version of which can be seen at the Brussels Museum of Fine Arts. Faithful to his themes and his characteristic Flemish Renaissance aesthetic, the artist paints here a popular scene where small characters have fun on the snow and ice. This work is one of the most popular representations of the winter landscape, a favorite motif of father and son. Of their 140 versions known to date, at least 45 are believed to be by Jan II Brueghel. While the setting of the village always remains the same, slight variations in the characters, their expressions and their positions are visible. 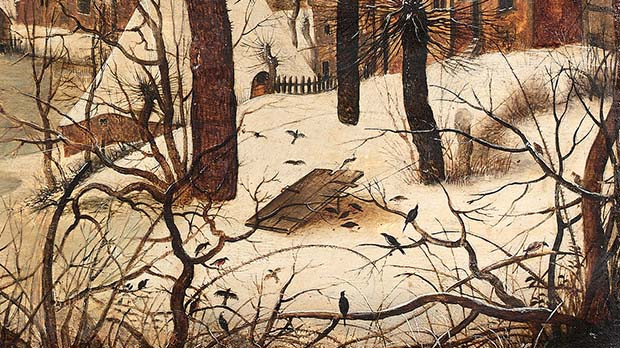 Above the bird trap, a possible metaphor for the Spanish occupation in the Netherlands © ️DR

Mysterious, the composition has been the subject of a political interpretation: It is considered by some to be a denunciation of the Spanish occupation in the Netherlands at the time “Stéphane Pinta said. According to him, the capture of birds can be interpreted as the pressure of the Spanish occupation, which dominated the Belgian and Dutch territories in the 16th and 18th centuries. ” There is always a part of morality in Flemish painting Said the expert.