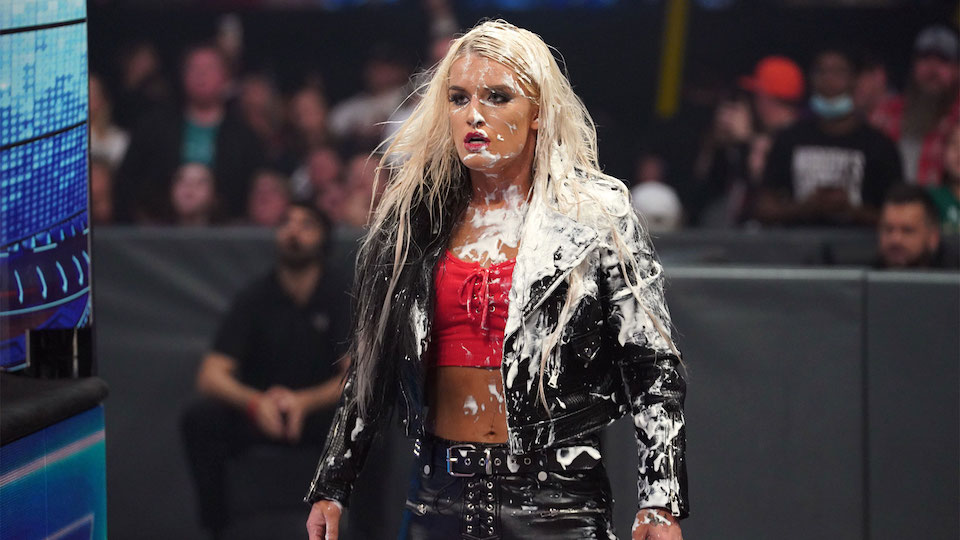 Toni Storm revealed that WWE has more awkward plans than the cream pie she got from Charlotte Flair on SmackDown.

Toni Storm did not last long in SmackDown, the wrestler had decided on her own to leave WWE and has since found happiness in AEW.

When Toni Storm suddenly left WWE, many put this decision on the wrestler’s booking and in particular on a passage during which, during a rivalry against Charlotte Flair, she was covered in cake during an episode of Friday Night. Smack down.

The segment, however, does not seem to have bothered Toni Storm as much as she recounts in the AEW Unrestricted podcast, and for one reason in particular: WWE had offered her more embarrassing:

I was actually quite happy with that segment that day. It was much better than the original idea. For the original idea, I was asked if I was comfortable having my shirt ripped or something. They wanted to do this whole corner where they wanted to rip my shirt off, so I was embarrassed, I think in my underwear.

To be honest the cake was nice compared to what it could have been. I’m not even angry. People think I’m crazy, but I think it’s fun to be there covered in cake. I can gorge on food, so if they throw it at me, it’s a good day. Not painful at all. It was a good day, to be honest. It was one of my best moments.

Toni Storm also explains how difficult it can be to turn down some booking ideas when hitting the main roster and when several Superstars are regularly fired from WWE.

When asked if you feel comfortable doing this and literally people are being fired every week, you think to yourself: “Well, yes, I think I’m comfortable with that” [dit avec un sarcasme nerveux]. Then many people fought to make sure this didn’t happen. It would have been a terrible idea.